A Standard Chartered Bank study highlighted the fact that increasingly-competitive Vietnam is now the “best choice” for China-based investors who want to relocate their production base. But the exodus may be delayed by Vietnam’s restrictions on imports of used machinery and equipment. END_OF_DOCUMENT_TOKEN_TO_BE_REPLACED

The drafts of the revised Enterprise Law (second draft) and Investment Law, provided by VBF.  The drafts are currently available in Vietnamese only.

If you have comments or feedback on these drafts, please feel free to send them directly to the VBF at [email protected] .  Alternatively, please email your comments to the AmCham Legal Committee and we will be happy to assemble and forward to VBF. END_OF_DOCUMENT_TOKEN_TO_BE_REPLACED Emerging East Asia’s local currency bond markets are still expanding but risks to the outlook are rising given the prospects of tighter US monetary policy, slower economic growth in Asia, and persistent capital outflows, according to the latest quarterly Asia Bond Monitor from the Asian Development Bank (ADB). “Asia’s bond markets, and its borrowers, are better placed to stand up to this latest round of global volatility than they were in 1997-1998 but tough times certainly lie ahead,” said Iwan J. Azis, Head of ADB’s Office of Regional Economic Integration. “The challenge will be to ensure the region can cope with higher borrowing costs and falling asset prices, which could hurt corporate balance sheets and dampen economic growth.” END_OF_DOCUMENT_TOKEN_TO_BE_REPLACED Proposed to be developed on a new alignment as a 4-lane expressway of length 98.7 km, the DPEP is the first PPP project being undertaken in the toll road sector in Vietnam.

The DPEP is proposed to be developed through the DBFOT model. The concession period proposed for the project is 30 years.

The MOT intends to award the concession for the development of the DPEP to a group of entities. The MOT has identified M/s Binh Minh Import-Export Production and Trade Company Ltd. (BITEXCO) as the first investor in the DPEP.

The MOT now intends to select the second investor for the project through an international competitive bidding process. The investors shall incorporate a project enterprise in Vietnam for the implementation of the project.

The estimated capital investment in the DPEP is $757 million. END_OF_DOCUMENT_TOKEN_TO_BE_REPLACED Stabilization policies since February 2011 have slowed the roller coaster ride of credit growth, inflation, and the economy. Many AmCham companies seem to be doing well, but there still seems to be a malaise in the Vietnamese economy, and the Vietnamese domestic economy seems to be under stress.

Viet Nam’s Consumer Price Index (CPI) is expected to go up to 8.2% by the year-end (World Bank estimate), while GDP growth is only expected to hit 5.3% Viet Nam has now had the longest spell of slow growth since the start of doi moi (renewal).

Moreover, Viet Nam is the only large developing country in the East Asia and Pacific region, other than China, whose post-crisis growth has been lower than its pre-crisis level. The economies of Indonesia, Malaysia, Philippines and Thailand have all grown faster in the post-crisis period.

Vietnam’s economy is at the crossroads. Which way now? END_OF_DOCUMENT_TOKEN_TO_BE_REPLACED We are pleased to invite you to a luncheon and investment forum with His Excellency Nguyen Tan Dung, Prime Minister of Vietnam, on Friday, September 27, 2013. Participants will have the opportunity to discuss investment opportunities and challenges with the Prime Minister and his accompanying ministers and officials at this event.

END_OF_DOCUMENT_TOKEN_TO_BE_REPLACED 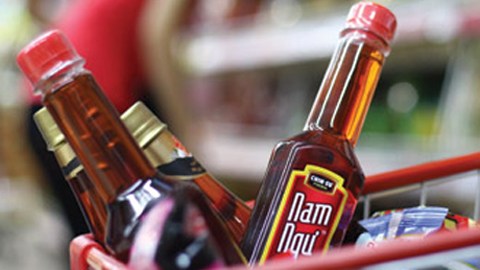 Hoa Muoi Gio Company, whose name will be changed to Masan Agriculture, is a subsidiary of Masan Consumer.According to the contract, Texas Pacific Group will provide Masan Agriculture with technical knowledge and capital to help become a leading company in the agriculture sector in Vietnam. END_OF_DOCUMENT_TOKEN_TO_BE_REPLACED
https://www.amchamvietnam.com/wp-content/uploads/2013/07/masan1.jpg 270 480 AmCham Vietnam https://www.amchamvietnam.com/wp-content/uploads/2019/01/AmCham-Vietnam-Logo-500px.png AmCham Vietnam2013-07-15 15:04:402013-07-15 15:08:37Texas Pacific Group (TPG) to invest $50 million in Masan Agriculture